Learning about the plants that will contribute to the growth of Rosemary is very important. Having sufficient knowledge about it will reduce your chances of producing an unhealthy plant. Rosemary also known as  ‘Rosemarinus Officinalis‘ is cultivated in a Mediterranean climate and grows yearly. That means it’s a perennial plant.

One of the advantages of Rosemary is that it doesn’t get damaged by pests. It can resist insects and serve as a good companion plant which is made possible by the fragrance that it releases.

A couple of the great companion plants for rosemary include flowers, vegetables, and fruits like Marigolds, strawberries, nasturtiums, broccoli, carrots, thyme, cabbages, and others.

Apart from the fact that it is used to prepare delicious meals, It calms the nerves when taken as a tea, and improves the memory, and flavor of other plants. It doesn’t compete for nutrients when planted with other crops.

Its numerous uses make it the perfect companion plant for many crops. Delve into the article to learn about the other benefits it offers to plants.

A good companion plant is defined by its ability to repel insects and diseases. Several plants benefit from these properties and contribute to the Rosemary shrub too. Examples of these plants are listed below.

Flowers are good companions for many plants, rosemary inclusive and if you want to get the best out of it, consider planting Alyssum. Alyssum just like every other flower attracts beneficial insects while Rosemary on the other hand has an aroma that is strong enough to keep pests away from the Alyssum plant.

Every gardener has experienced the stress that comes with getting rid of carrot flies. Worry no more as there’s a perfect bodyguard for it.

Planting rosemary with your carrot repels dangerous pests carrot flies aren’t excluded. A major way carrot flies destroy carrot few is by laying eggs that bore into the carrot. If your garden can’t accommodate a new rosemary plant, simply litter the carrot plant with rosemary leaves. That will do the job perfectly.

Here’s also a list of the best carrot companion plants to grow today.

Cabbage belongs to the Brassica family. Rosemary has a role to play in its protection from pests. A moth is detrimental to the health of cabbages. However, the scent of Rosemary comes to its rescue by chasing it away. Cabbages can never be pest-free but rosemary can tone down its vulnerability to pests.

Other plants in the Brassica family can also benefit from rosemary and get rid of those pests.

Thyme goes well with many vegetables and flowering plants. It also has a healthy growth cycle when planted with rosemary. It repels worms and adds a lot of  benefits to rosemary

Chives keep unwanted plants away from rosemary. A garden where overcrowding occurs prevents the plant from growing properly. Chives give space to the roses and beautify the patch with their attractive color.

Even though beans protect other plants by fixing an amount of nitrogen in the soil, they can’t protect themselves from bean beetle mostly found in Mexico. This bean beetle bores into the bean seeds and eats its leaves.

The leaves are very important in the photosynthesis of all plants, but this beetle hinders prevents it thereby hindering its growth. Rosemary releases a scent that drives away from this Mexican bean beetle which helps the beans grow well.

Onions are sworn enemies of so many pests. They release a scent that can cause bugs to stay away from rosemary plants. It’s also good for improving the flavor of rosemary.

In choosing plants to companion with rosemary, it’s better to choose one whose soil is compatible with it. Rosemary is sensitive to damp or soggy soil, so it’s advisable to grow it in dry soil. Sage has the same soil requirement as rosemary and the two will do well together. Sage will also help to keep dangerous pests away from your shrub. Don’t think twice before planting them together.

Herbs affect the growth of rosemary but not oregano. It grows in a Mediterranean climate just like Rosemary and won’t hinder rosemary from flourishing well if cultivated together. Consider growing them together.

The strawberry plant is a bad companion for some plants with which Rosemary is an exception. Surprisingly, it adds nutrients to the soil which Rosemary will benefit from. It acts as a source of natural fertilizer because the Rosemary shrub needs to be applied with fertilizer every two weeks to enhance its growth.

Parsnips attract carrot flies but you can prevent this by planting rosemary close to it. The scent will do well to keep the flies at bay.

Rosemary can tolerate broccoli since it grows well with cabbage which belongs to its genus. Brocolli is vulnerable to the pests that affect cabbage but will be protected from them if planted with Rosemary.

If you want to improve the flavor of your chili plant, don’t hesitate to grow some rosemary plants close to it.

What Not To Plant With Rosemary

It looks as though Rosemary is compatible with every plant because of the benefits it offers but it isn’t. Several plants will hinder the growth of your Rosemary plant if you grow them together.

When growing crops, spacing is an important factor. A mistake in the spacing can result in competition for nutrients between the Rosemary plants. Mint is a bad combo with rosemary as it will take up the space in the patch. They aren’t compatible as they can’t grow in the same soil. Never plant them close to each other if you don’t want the death of your shrub.

Basil grows well in moist soil while Rosemary requires a dry environment to thrive well. Growing Basil in the same garden with rosemary is planning its death.

This plant invites fungal diseases like blight. The same thing applies to potatoes because they belong to the same family. Don’t position potatoes and tomatoes close to your rosemary plants to avoid the spread of blight diseases.

Even though rosemary is immune to so many pests, it won’t escape being destroyed by mildews. Mildews affect pumpkin plants and will do the same to your rosemary if they are close to each other.

Here are some quick tips to have in your arsenal if you’re considering companion planting for rosemary.

Can rosemary and mint be planted together?

Can lavender and rosemary be planted together?

Plants that can flourish well in the same climate are good companion plants for each other. Lavender grows in the Mediterranean climate like Rosemary and will cause no harm if planted together. It requires the same soil and temperature as Rosemary. You can’t be wrong by planting them close to each other.

Does Rosemary kill other plants?

Rosemary offers a lot of benefits to many plants that’s why it is considered by many gardeners. Apart from the selection, it does with herbaceous plants, it doesn’t in any way cause havoc to plants. Rather, it will improve their growth and repel bugs from them.

Can Rosemary be planted with tomatoes?

Planting tomatoes with rosemary is a no-no. The former is vulnerable to blight diseases and will affect rosemary from growing properly. Rosemary can’t thrive in soggy soil while tomatoes do, so the soil requirement will prevent them from having a healthy growth cycle.

Can rosemary and basil be planted together?

There is a disparity in the soil requirements but it won’t cause harm, unlike the tomato plant. All you need do is expose basil to some sunlight and water it consistently because it needs moisture to grow well.

Why do my rosemary plants keep dying?

A guide to producing a successful rosemary plant is exposing it to at least 8 hours of sunlight. It is a shrub that does not enjoy growing in moist soil because it can result in a rotten root. If you want your Rosemary plant to survive and have healthy growth, keep it away from moisture and expose it to sufficient sunlight.

The cultivation of the rosemary plant isn’t as complicated as it seems if you follow the guide a d keep away certain crops from it.

Rosemary offers more benefits than it receives from other plants which is why it’s used as a companion for them. It will serve good use in the kitchen as it is a perfect ingredient for preparing chicken and other meals. 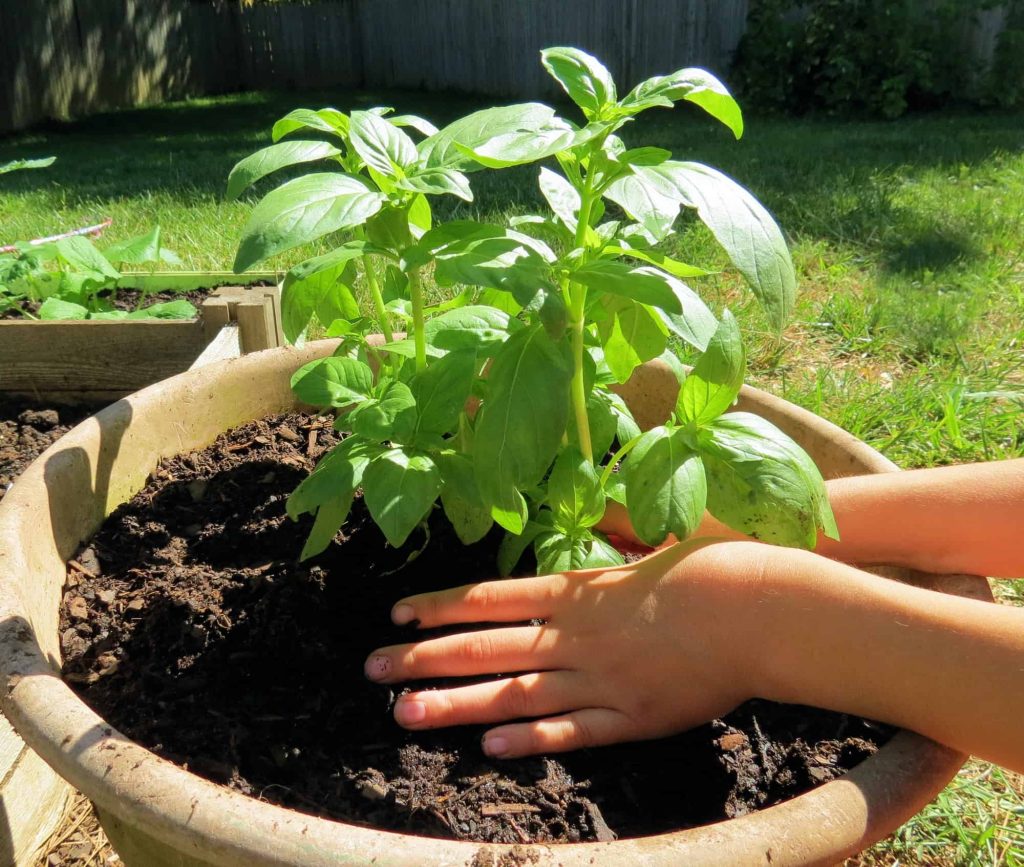 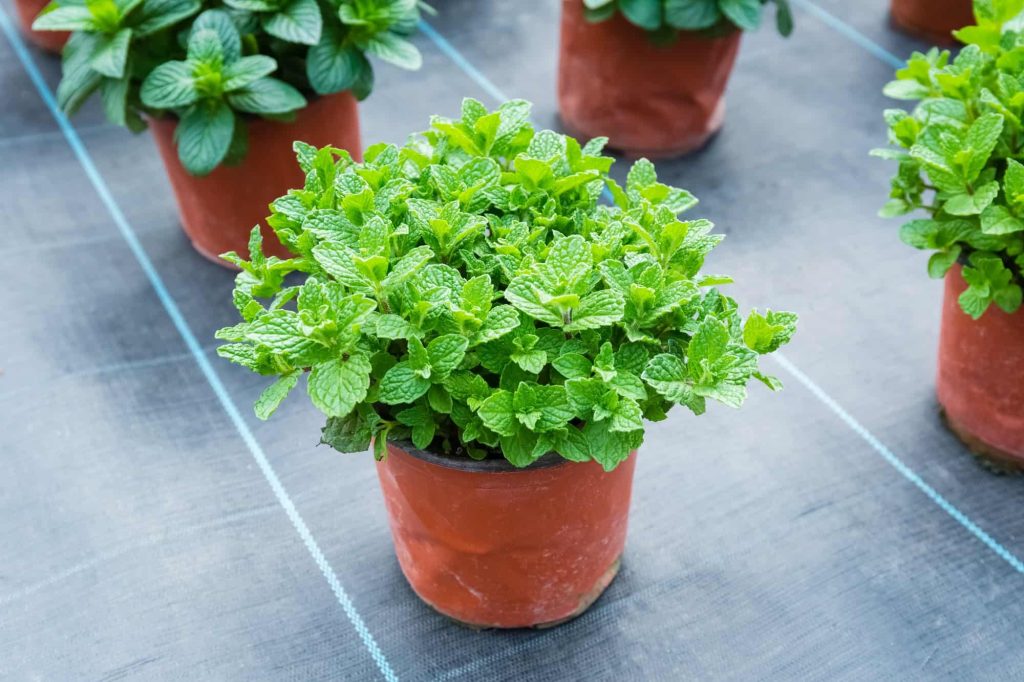 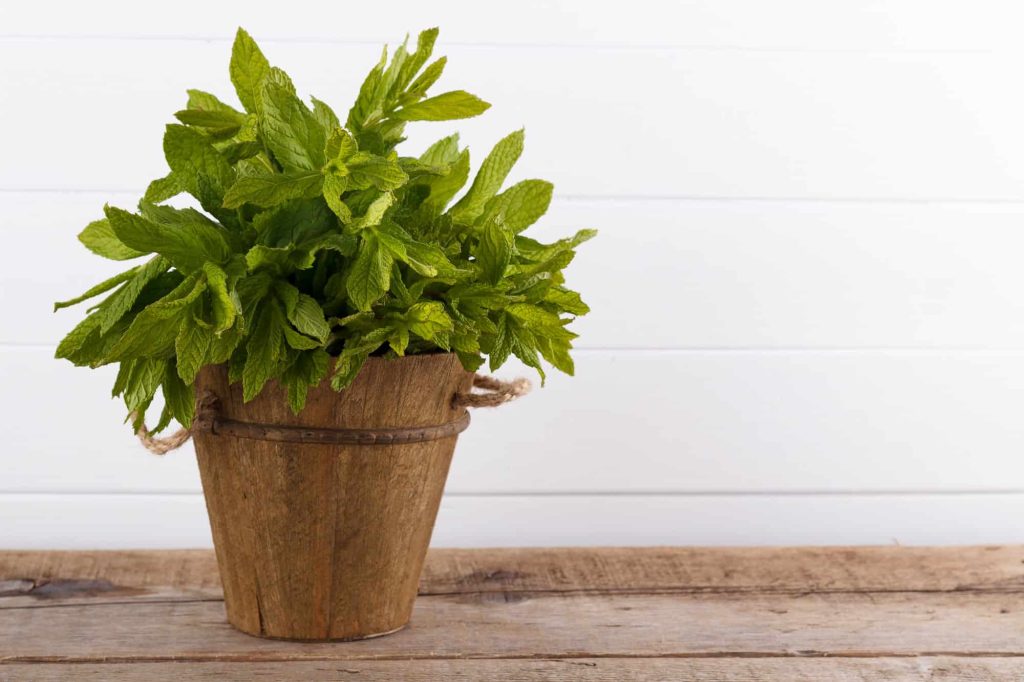 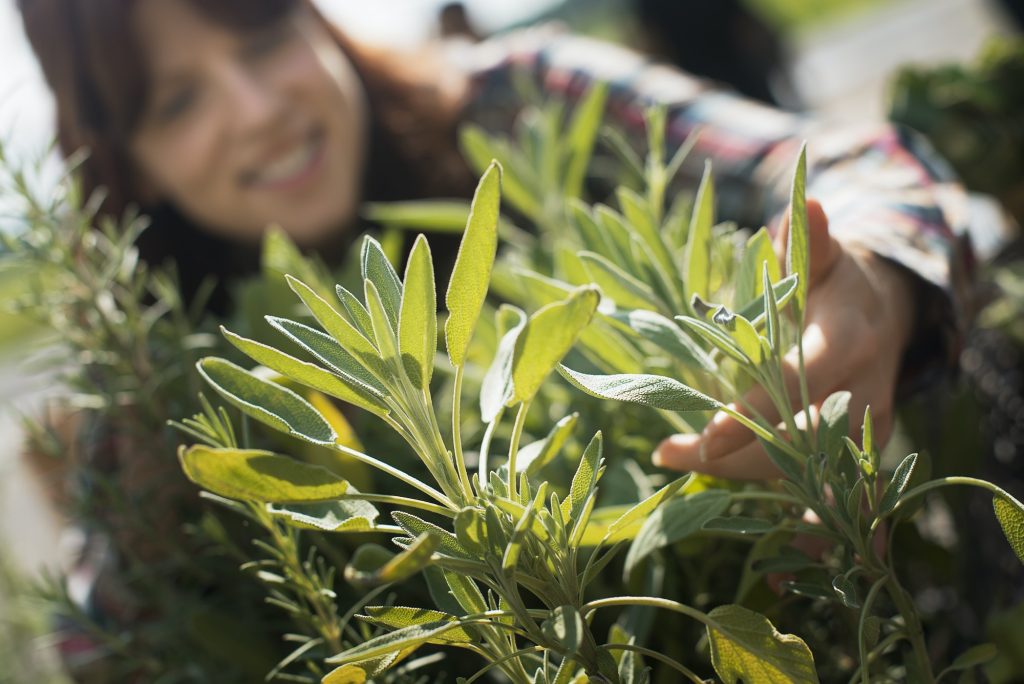 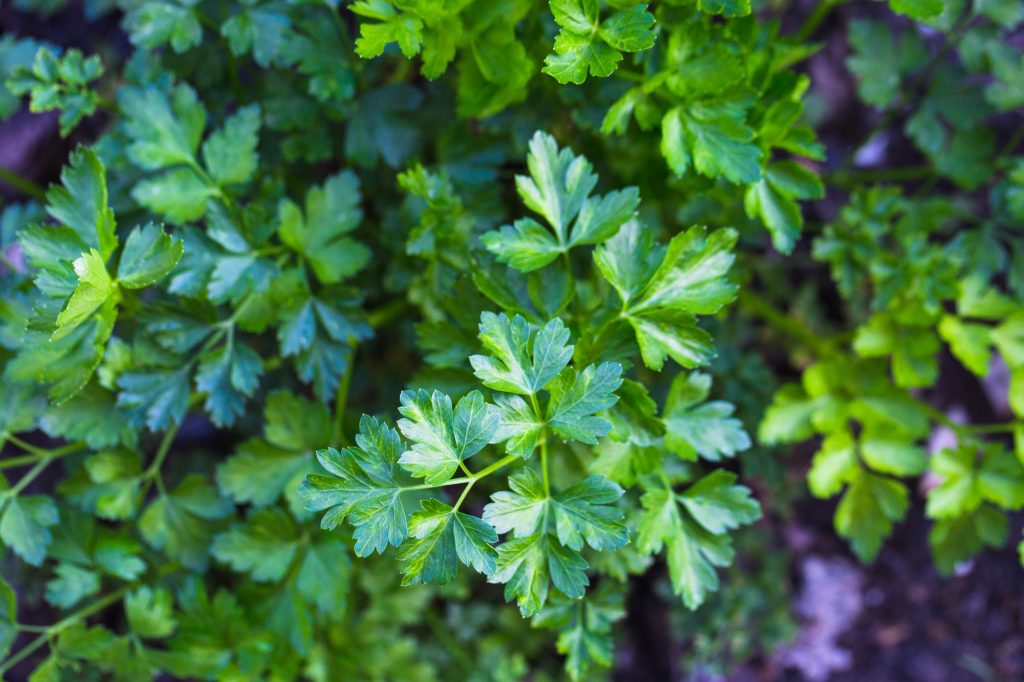 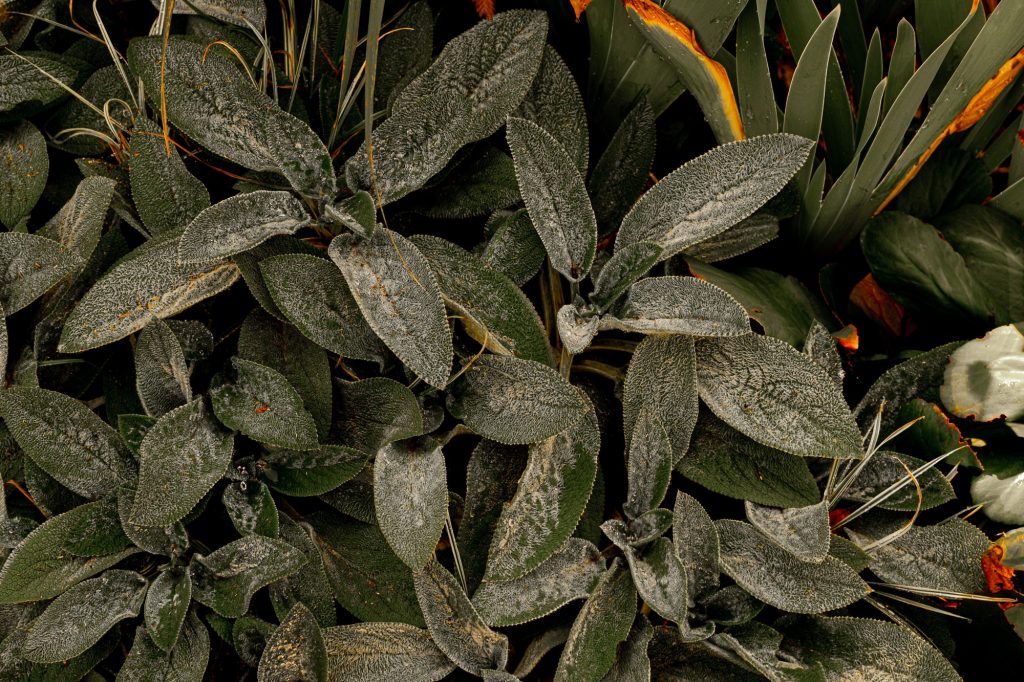 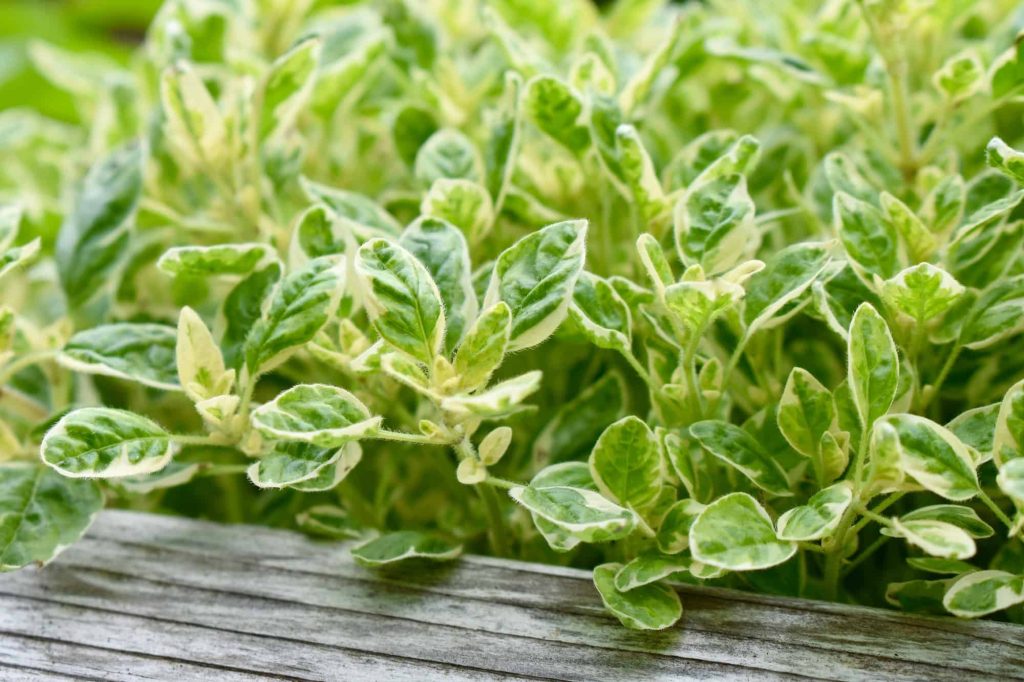 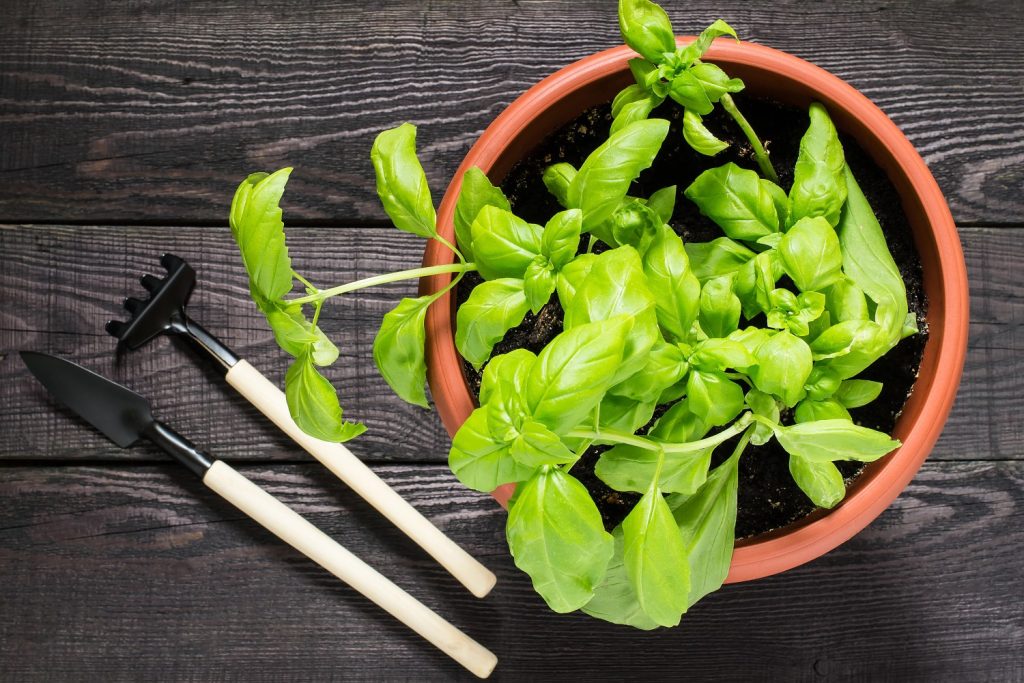